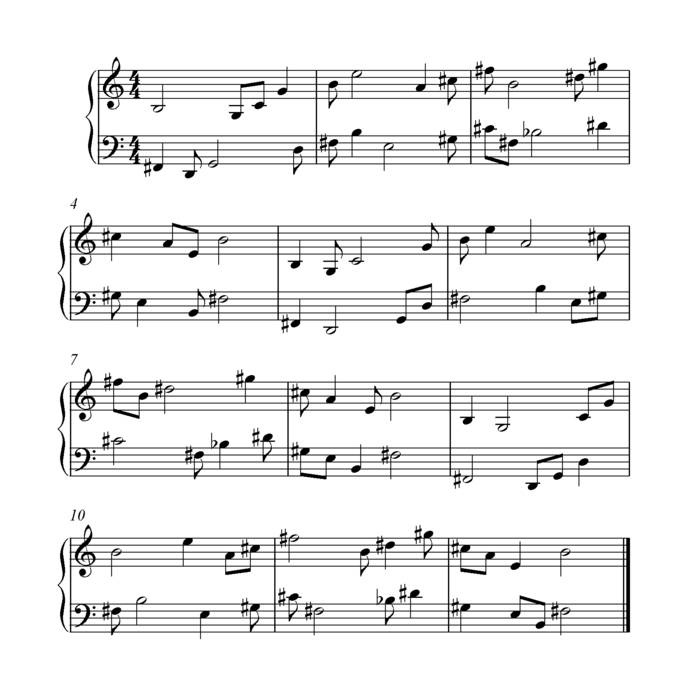 Starting from a B (arbitrarily chosen as the middle of the stave) the intervals of the subsequent notes are 3rd, 4th, 5th, 3rd, 4th, 5th, etc. (arbitrarily chosen as I was thinking about pythagorean triangles). Each note was generated by a coin toss to decide if the interval would go up or down. On the sixteenth toss, the coin bounced out of my hands and was lost. This sequence of 16 notes is repeated three times.

The rhythms are all the permutations of two quavers, a crotchet and a minim in a 4/4 bar randomly ordered using a random number generator (Miss Sarah Holly Sheerman-Chase), with the one fix of bars 4, 8 and 12 having to end with a minim.

The bass is generated by transposing the treble down two octaves and up a fifth and then translating it four bars to the right.